So this will be another quicky post, so far so good! Two posts in a day…huzzah! I guess!

Well I’m just going to show what an average dinner would look like if you order at a Chinese restaurant. Usually it consists of the soup of the day, then your meat and vegetables (you can order rice on the side, usually $1 per person) and a soup dessert!

But today I ordered a sort of combo, I wanted a quick and small dinner! So I went to ‘People’s Eatery’ and that’s the English name of the store, I’m pretty sure there’s a deeper Chinese name if I could read Chinese. XD

So I had a soup, which consisted of beef chunks, bitter melon (meh) and red bean!

Overall it was a decent meal, I mean what else would you expect after all it was only $4.95. 😛 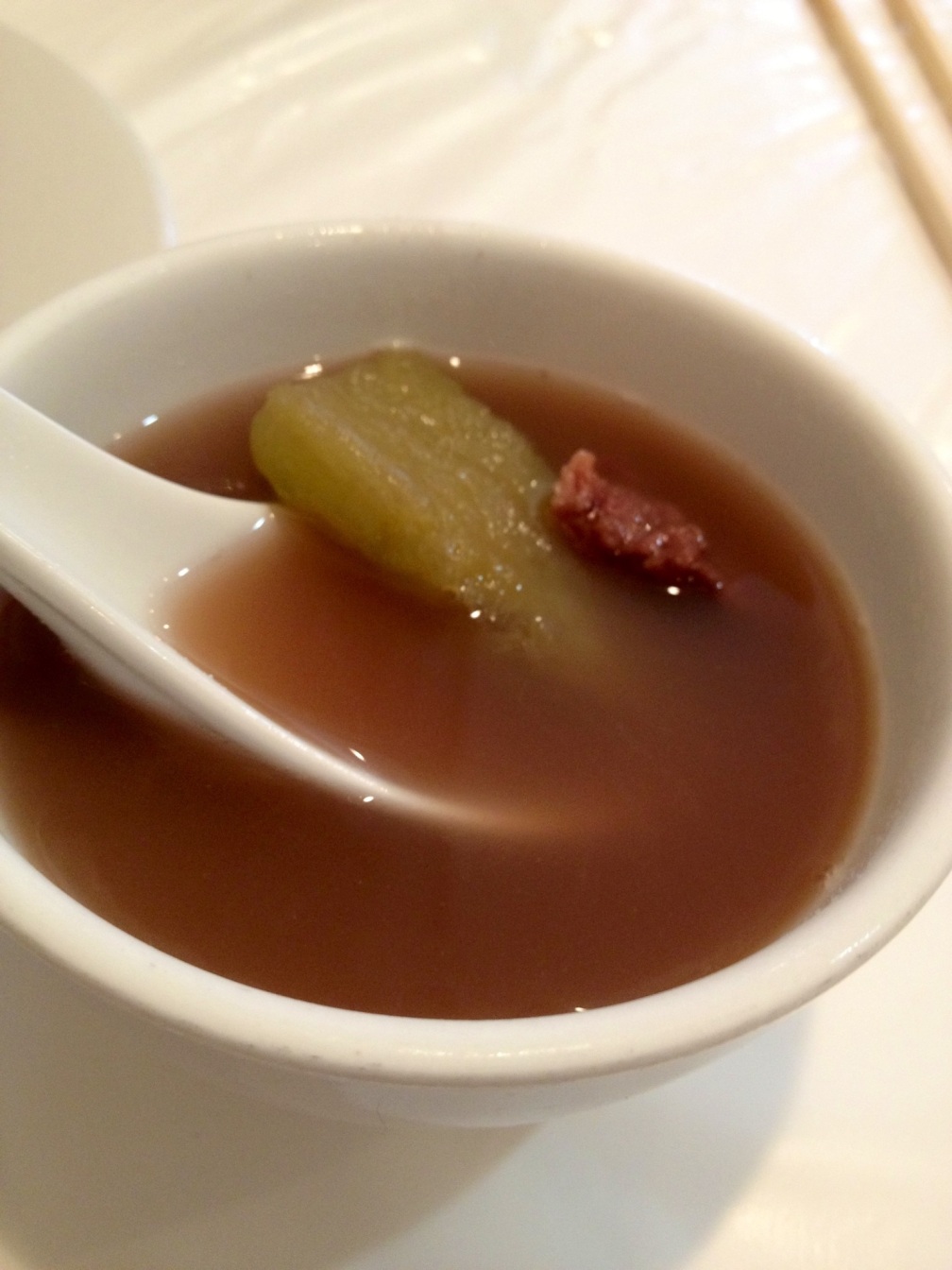 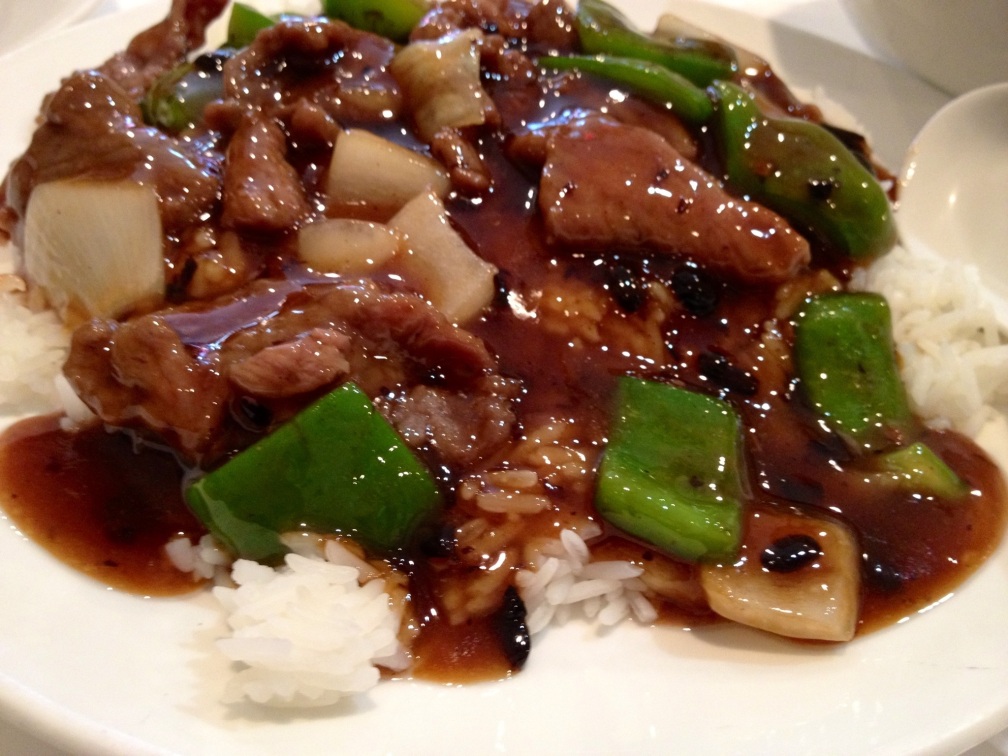